All rooms have a shower, WC, refrigerator, an electric cooker and kitchenette (with all the necessary dishware), cable TV, WiFi, and permanent Internet connection. There is no electric cooker or kitchenette in single rooms. An iron is available for use.

The courtyard has 4 parking spaces and bicycles can be stored in the hallway. 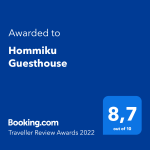